Celebrate Miami’s minorities and their incredible culture, history, and the richness they bring to the city

Contents
Celebrate Miami’s minorities and their incredible culture, history, and the richness they bring to the city
Ethnic and racial groups in Miami
Nationalities that live in Miami
Communities and cultures that live here
About the Author

Miami’s minorities make up a large majority of the demographic, whether you look at it from a racial, ethnic, or cultural perspective. The city is one of the most socially diverse and enriched in the world, known for its absolutely vivid and electric cultural diversity.

Statistically, the numbers are quite indicative of how diverse Miami is on the whole, and give us insight and a glimpse into the rich cultural landscape of the region too. So who are the people that make Miami as incredible as it is, and what do they bring to the table? Let’s find out more about minorities in the making of future majorities:

Ethnic and racial groups in Miami

Miami is home to a wide range of minorities, ethnic and racial groups, including, but not limited to Hispanics/Latinos that make up a vast majority at 71.75%, black or African-American individuals who make up 16.79% of the population, and other smaller percentages of Native Americans, Asians, Pacific Islanders and Hawaiians, and of course, a segment of the population that is multi-racial and multi-ethnic.

This is largely because Miami is a coastal city with an overwhelmingly large business community that comprises people who are looking to break into the world of entrepreneurship, tourism, and one of the many thriving local industries. Miami also has a large population of minorities, immigrants, refugees, and asylum seekers, many of whom escaped their own countries to seek out safety and opportunity here. The fact that more than half the population of Miami was born outside the US is a testament to its appeal.

Nationalities that live in Miami

Miami is home to people of multiple nationalities, born in various parts of the world. A large percentage of the population in Miami is made up of Cubans, followed by Haitians and then Colombians, who’ve migrated to the city over the past few decades. Within these communities, you have multiple generations, including first, second, and third-generation members and many of them are naturalized citizens while many are not.

Communities and cultures that live here

From a cultural standpoint, there are various communities (racial, ethnic, religious, socio-cultural) that are bringing a lot to the table in terms of making Miami as vibrant as it is, including some of the following:

Miami’s Haitian population has been instrumental to defining local culture and practices in the region. The city has multiple landmarks and even a locality known as Little Haiti, where you’ll find food, businesses, memorials, and much more dedicated to the community. To learn more about Haitian culture in Miami, check out the Haitian Heritage Museum’s resources.

Miami has been a central location in the civil rights movement in the US, starting from Miami’s own inception as a separate town/city. It’s important to acknowledge and remember Black history while also recognizing that Miami’s black population is not a monolith. In fact, the city is home to immigrants and African communities from multiple countries and cultures, including Afro-Caribbean populations, Afro-Latino groups and more.

Miami’s Hispanic and Latino communities are also as diverse as it gets. While Cubans make up a large majority of this minority (pun intended), there are Spanish speakers from Mexico, Colombia, Puerto Rico and various other countries living in Miami. Each of them brings its own cultural values, traditions, linguistic intricacies, and richness to Miami’s social fabric.

Miami is one of the most diverse, electric and incredible cities in the world and much of it has to do with the incredible people who call it home. Learn more about some of the biggest communities in the region by subscribing to the Cuban news publication Calle Ocho News. They cover culture, art, music, lifestyle, sports, and so much more, giving you a true insider perspective on the metropolitan that is Miami.

Zenaida G. is a culture and lifestyle expert, having done her undergraduate degree in anthropology and combining her academic training with her passion for writing, media, and cultural studies. 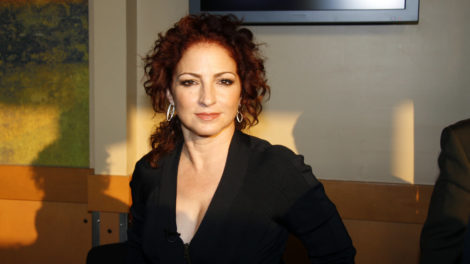