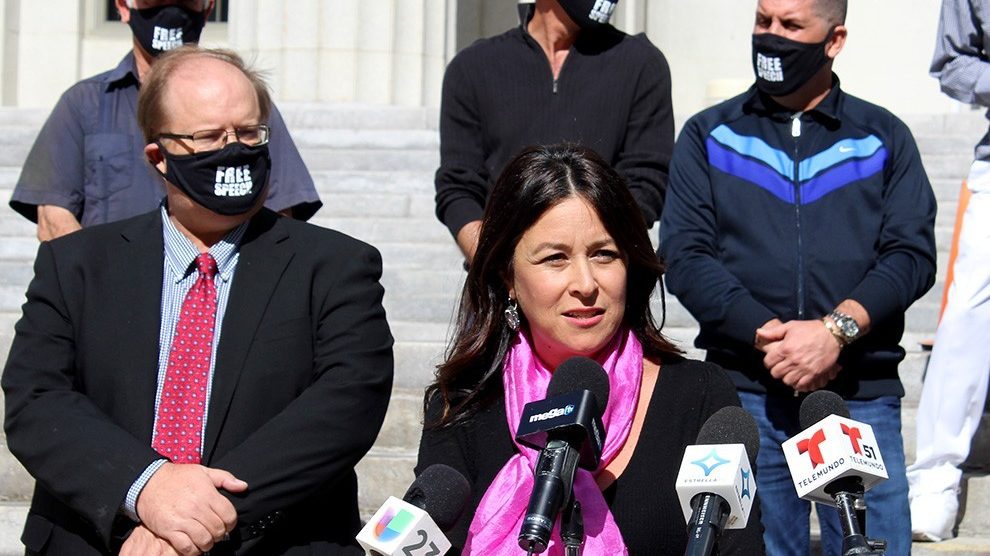 On Nov. 19, 2020, a City of Miami commission meeting occurred to decide whether to pass a noise ordinance. Residents of Miami submitted almost nine hours of public comment opposing the ordinance. The City of Miami denied hearing this public comment during the meeting. This prohibited approximately 361 residents from voicing their opinions which in turn is a civil rights infringement.

Those Miami residents lead by one of the plaintiffs Denise Galvez Turros are now suing the city based on the Miami Citizen’s Bill of Rights. According to the plaintiffs’ attorney, David Winker, “The Citizens’ Bill of Rights expressly states that ‘any public official, or employee who is found by the court to have willfully violated this section SHALL forthwith forfeit his or her office or employment.’”

This is about protecting our individual rights, not about vendettas. It seems for the last 9 months many elected officials have used the pandemic as an excuse to infringe on our Constitutional rights. Normally people can show up at these commission meetings and speak in person and have their opinions heard. Every single person would have been heard had they been allowed to be present and not phone-in comments. This is clearly an abuse of power and the muting of our residents' free speech rights.

The Miami residents are hoping the court finds that the City of Miami has violated their free speech rights. Moreover, they want action taken against the city.

The City of Miami’s attorney, Victoria Mendez, claimed that the public comment was not played because it was all “pretty much exactly the same.” The plaintiffs say this is false.

To Winker, it then became clear that Mendez knew she was wrong for denying the citizens’ comment. Winker notes that the noise ordinance was a “political vendetta by Commissioner Joe Carollo against Bill Fuller." Fuller is one of the owners of Ball and Chain Miami.

Ball and Chain developed a tense relationship with the city during the pandemic. Many of the City’s regulations have negatively affected Ball and Chain and caused it to close its doors.

As a result, Ball and Chain has experienced a lot of economic hardship that the city is not working to recover. According to Winker, Miami needs to undertake “an unprecedented economic recovery."

Winker believes this civil rights obstruction demonstrates the City of Miami’s corruption. He notes that corruption in the time of a pandemic will prove devastating to the recovery of the economy.

Winker explained another reason why action needs to be taken against the city.

“We elect these politicians. We pay them and city employees a great salary and generous benefits, but they have become used to not being held accountable to even following the law. And it is a vicious cycle because as soon as residents start complaining, they are targeted and harassed by the very people they elected.”

According to Winker, it was recently revealed that Mendez was using fake Twitter accounts to harass residents. He adds that the government works best when the government fears the people, not the other way around. Right now, residents are fearful of the government because of the way they get treated. Civil Rights infringement is at an all-time high locally and nationally and Miami residents will not stand by and just let it happen.

Still, Winker adds that it is still important for residents to fight for their rights. Civil rights and free speech obstruction will not be tolerated by residents. This is why they are choosing to take action against the City of Miami. It is time for Miami to get up and running again.

“In order for this to happen, citizens who have maintained their silence must demand better and cleaner government.”