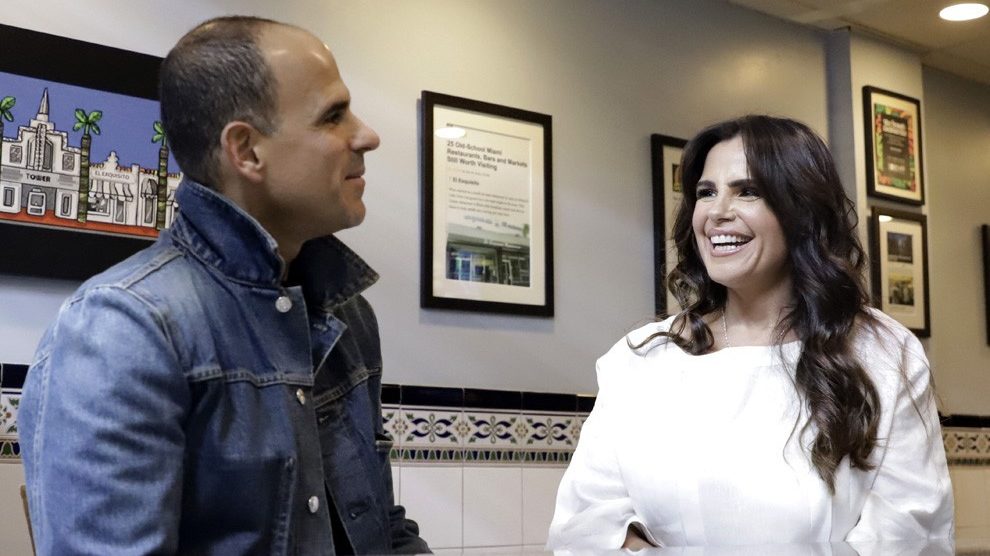 CNBC’s latest primetime series “Streets of Dreams with Marcus Lemonis” shines a light on the people behind our very own Calle Ocho in episode 3 on January 12th at 10 PM EST.

I will never forget receiving that phone call from Ryan Biegel and Bill Kehr, two of the producers at Zero Point Zero Productions, asking all kinds of questions about Calle Ocho. I was told that Calle Ocho was going to be one of the “Streets of Dreams” that would be covered by the Emmy-Award® winning producers of “Anthony Bourdain: Parts Unknown” in the new primetime original series, “Streets of Dreams.” The series stars the famous Marcus Lemonis of “The Profit.”

I felt and still feel elated, honored, and ecstatic at the fact that a huge network like CNBC was not only interested in shining a light on the street whose name my family business thrives on, but that they also wanted to highlight me and our publication, Calle Ocho News, in episode 3, set to air at 10 PM EST on Jan. 12 on CNBC.

Being able to walk down Calle Ocho with a Miami native like Marcus Lemonis, talking about how much it’s changed since he was a kid, and how it got to where it is today, was a surreal, unforgettable experience.

Marcus, who was born on Nov. 16, 1973, in Beirut, Lebanon, was adopted at nine years old by a Lebanese and Greek couple that lived in Miami. Since he was a kid, Marcus has been exposed to successful business ethics because of his involvement in his family’s business, Anthony Abraham Chevrolet.

In “Streets of Dreams,” Marcus Lemonis takes a different approach to small businesses than he usually does in his hit series “The Profit.” Marcus normally goes in and focuses on three fundamental principles. He believes that the “Three P’s” to any successful business are people, process, and product. As he says of the “Three P’s,” people are the most important, which is what he chooses to focus on in this series.

As editor of the community newspaper, Calle Ocho News, I have learned that if I focus on people, I can’t go wrong. It’s the people behind the businesses that make things happen. As Lemonis states if you do not have good people that are good at what they do, then good “process” and good “products” can only get you so far.

Seeing Lemonis’ approach was very comforting to me and made me feel like I have been on the right track. He reemphasized what I have felt to be true since my stepdad and the founder of Calle Ocho News, Luis Pardo, died in 2015. That’s when I took over our family’s business operations with my mother Marta R. Rosell by becoming editor-in-chief.

Lemonis is known for being an advocate for entrepreneurs and in each episode, he takes his time to stroll down each one of the iconic “Streets of Dreams” across our country. He mingles with the people so he can better understand what makes each of these iconic streets a street of gold.

“I love all aspects of business, but the most intriguing part to me is the people. Normally, I invest in the business, but I’ve always said we need to bet on humanity”

“I want to tell everybody that I am from Miami and I think it’s important to celebrate people from Miami that invest in Miami. Whether it’s when I was 12 years old washing cars, or when I was 16 years old selling cars, or when I was 18 years old having lunch at Versailles, I realize a lot of who I am today was born right here on this street. When I walk down Calle Ocho today, you can feel that same energy pushing, driving, reinventing, and trying to create things. This particular street is what made me, and for that, I am eternally grateful.”

Our very own Calle Ocho in Little Havana embodies a thriving community made up of the Cuban-American culture in Miami, FL.

Harbor Drive is the heart of the city’s emerging “blue economy,” an under-the-radar portion of the economy worth 1.5 trillion dollars worldwide, in San Diego, CA.

The Green Mile is the home of the original “Great Green Experiment” in the legal marijuana industry in Denver, CO.

To get more information about “Streets of Dreams” you can visit their website or you can watch the trailer.

“Streets of Dreams with Marcus Lemonis” is produced for CNBC by Zero Point Zero Production with Lydia Tenaglia, Chris Collins, and Shawn Cuddy serving as executive producers. Adam Barry is the executive producer for CNBC.