Artistic gymnastics is undoubtedly one of the toughest sports in the world, testing not just athletic ability and physical strength but also coordination, agility, flexibility, and more.

It combines the most extreme physical tests with some of the most serious moves, creating a competitive environment like no other. One wrong move and you're looking at some serious injuries too.

While artistic gymnastics includes both men and women competitions, today, we're talking about some incredible women who revolutionized the sport forever. Let's look at some of them:

There's no way this list would be incomplete without Olga Korbut, who was the actual trailblazer for artistic gymnastics as we know it. She was merely 17 years old when she competed in 1972 at the Munich Olympic Games and set the floor on fire with her mind-blowing acrobatics, her precision, and the creativity of her routine. Olga Korbut never shied from showing emotion on the floor, which made her one of the most well-known gymnasts of her time. She set a precedent for letting teens compete in this elite sport and changed the game forever.

The now 7-time Olympic gymnast was also nothing short of a revolutionary for artistic gymnastics. She continues to be the most decorated gymnast in the U.S. and has been lauded for her incredible performances on the floor for years. In addition to her 7 Olympic medals, she also has 9 World Championship medals, which is more than any athlete has ever won.

Miller was a member of The Magnificent Seven who won the U.S. its first Olympic gold in gymnastics and was also the only woman to be inducted into the U.S. Olympic Hall of Fame, and twice, at that. Her first time was with her team, and then later as an individual athlete.

Not many can say they've dominated the world at age 14, but Romanian acrobat Nadia Comaneci did just that. With a perfect 10 score each time, she also won gold in all three Olympic events, including all-around performance. She had adoring fans and onlookers flocking to view her every move for years before she even went on to the Olympics, and rightfully so. Her daring yet graceful routines demonstrated incredible control and flow and some signature moves.

Another U.S.-born athlete who makes the list is Gabby Douglas, who was the first African-American athlete, and the first woman to have been decorated with the all-around gold medal and both individual and team gold medals in Women's Gymnastics in London 2012. She remains one of the most well-known and well-respected female athletes in the world, continuing to inspire a new generation of young Olympians and athletes, especially women of color. Talk about that #blackgirlmagic, right?

Many women athletes have broken the glass ceiling and changed the game of artistic gymnastics forever in their respective fields, and this holds true for these female gymnasts as well. You can also read about more recent achievements in the world of sport, including management, here.

We're sharing exciting sports content for readers across Miami, so subscribe to our newsletter and never miss a beat on the latest news, events, and much more. 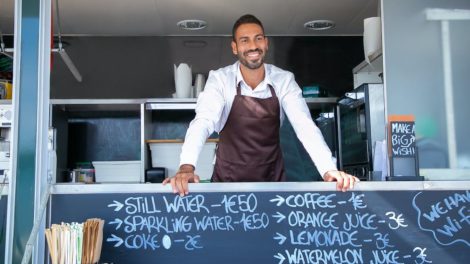