The City of Miami will take over Tower Theater starting January 2, 2023

Contents
About the Tower Theater
The response to the notice

Miami Dade College has been handling Little Havana's iconic Tower Theater for two decades now. However, after 20 years, there has been a change of events. Miami Dade College will no longer manage the theater from 2023 on. Instead, the City of Miami will.

Miami’s Department of Real Estate and Asset Management sent Miami Dade College a notice on September 19. The department's interim director, Jacqueline Lorenzo, penned it and stated that the department would terminate the college's contract on January 2, 2023.

Moreover, Lorenzo thanked Miami Dade College for their services and mentioned they'll coordinate with them for events scheduled after the contract's termination. So far, the department hasn’t revealed the reason behind the decision.

Here's more on this matter.

About the Tower Theater

Tower Theater is one of the oldest cultural landmarks in Miami, located at 1508 SW Eighth St. It was the South's finest state-of-the-art theater after its launch in 1926.

In 1984, it shut down but was revived after the City of Miami permitted Miami Dade College to reopen it. The Miami Film Festival and other events that promoted independent and Latin American films later moved into the theatre.

The response to the notice

A spokesperson from Miami Dade College shared that they had a lease from 2016 to 2021 and were free to renew it. Despite providing the documents for the renewal process, the city wasn't quick with the process or response. They further added that sometimes the college received no response for months.

A local filmmaker, Chris Molina, affiliated with Tower Theater and The Miami Film Festival, created a petition on change.org after hearing the news. In this petition, he told the officials that he was worried about Miami Dade College’s media programs if the city is expected to manage the venue.

Other residents and filmmakers have also expressed their concern in the comment section of the petition about preserving this cultural landmark.

Stay informed about this matter by subscribing to Calle Ocho News. You can stay updated on trending news, events, and much more from Miami. 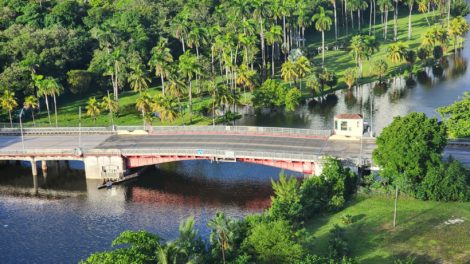