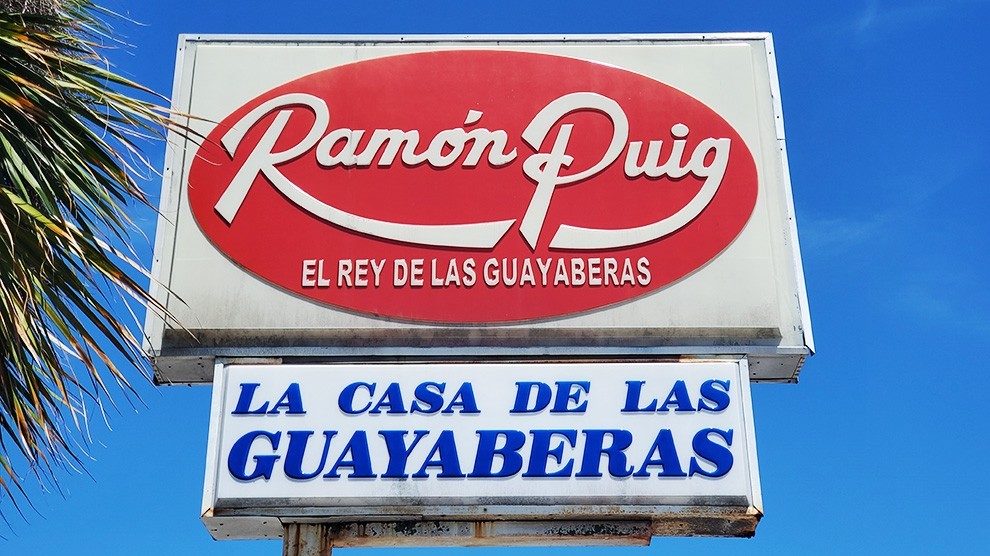 After over 77 years the King of Guayaberas Ramon Puig announced its closing due to the financial burdens of the COVID-19 pandemic. Owned and run by Ramón Puig, the store specialized in long-sleeve guayaberas which are woven in Irish linen, a symbol of Cuban aristocracy.

Unfortunately, locals and tourists will have to find another place to get their guayaberas. In a statement, the store’s closing was announced. “It is with deepest regret that we must close our store due to the current pandemic, the uncertain financial climate and the lack of government financial help, advice and direction,” the statement read.

Guayaberas are a landmark in Cuban history, legend says that an Andalusian immigrant named Jose Gonzalez asked his wife to make him a long-sleeve shirt with four large pockets, so he could carry “his cigars, writing instruments, handkerchief, and otras cositas (other small things)” during his day at work.

The classy style and useful nature of the shirt caught on with the local guava farmers, called “guayaberos” and they filled the lower pockets with guava fruits, otherwise known as “guayabas”. Thus, as the store’s website says, the shirts were coined guayaberas.

Puig’s guayaberas are some of the most authentic you can find, which is what earned him his title as the “King of Guayaberas”. Puig opened his first store in Cuba in 1943 and his first store in Miami was opened in 1971, next to Versailles on Calle Ocho. The store later moved to its current and final location at 5940 SW Eigth Street.

In his half-century of selling guayaberas, Puig designed shirts for celebrities and entertainers, including Robert de Niro, Andy Garcia, and Sylvester Stallone. Historical leaders are also no stranger to Puig’s fashion, as he designed for President Bush, Clinton, and Reagan.

Over the years, many people have tried to emulate the elegance of Puig’s guayaberas, but he believes that his shirts are the best you can get.

Locals and tourists had one last chance to get their fix of guayaberas, as the store held a closing sale from July 27 to August 2, both in-store and online. While the fast-approaching shut down of the store saddened its owners, they were thankful for the journey they had taken over the past 77 years, according to a statement.

“We would like to thank the millions of customers and friends worldwide who have supported us. It has been an incredible journey and we would not have made it this far without you.”