This Black Music Month, let's celebrate the artists who left an everlasting impact on the music we know today

Black Music Month officially begins in June, making this a fitting time to consider the contributions of some of the most pivotal figures in the history of black music in the United States. Black Music Month was established in 1979 to recognize and celebrate the achievements of African American musicians and the cultural impact of their work in the US.

All of the people on this list have left a permanent mark on the world beyond the realm of music through their instrumental or vocal prowess. Diversity is a hallmark of our country, and it is particularly reflected in the arts.Since racism is still an issue in America, it's important that we remember those who pushed for equality.

This Black Music Month we would like to honor five musicians that have made everlasting contributions to American music:

Acclaimed American singer-songwriter Prince was an extremely gifted musician who first gained widespread recognition for his several albums released throughout the '80s. Rock, Blues, and Jazz are just a few of the genres he has influenced, which gained worldwide recognition thanks to their eclectic blend of styles. He's worked with big names like Alicia Keys, Amy Winehouse, and Mary J. Blige and has a reputation for conquering the stage with his unmistakable style.

Known as "The Queen of Jazz" and "The First Lady of Song", Ella Fitzgerald was an American jazz vocalist. Fitzgerald began her career in the 1930s in Harlem, and by the time she turned 17, she had made her debut at the Apollo Theater. Her impeccable rhythm, tone, and scatting skills were legendary.

She broke barriers when she became the first African-American woman to win a Grammy for best vocal performance in 1958. Later, she added 12 more Grammys to her collection and sold over 40 million albums worldwide. Fitzgerald also established herself as a cultural icon through her many cameos in films and television shows.

Bob Marley was a reggae legend whose music moved millions of people all over the world. His influence on the music business is unparalleled. As a Rastafarian, his songs drew upon the religious fervor of his faith while also conveying positive messages through compelling lyrics.

Aretha Franklin was a talented singer, songwriter, and pianist who is best known for her iconic song "Respect." She made history when, in 1987, she was admitted into the Rock & Roll Hall of Fame as its first female artist.

Her enormous commercial success throughout her career earned her 18 Grammys, making her one of the top 20 musicians in Grammy Award history. Over the years, she has received numerous accolades, including the Presidential Medal of Freedom, the National Medal of Arts, and the top spot on Rolling Stone's list of the "100 Greatest Singers of All Time."

It's safe to say that by the end of the 1980s, everyone knew the name Whitney Houston. The American singer and actress was a huge sensation back then, thanks to her powerful voice and signature style.

She found musical inspiration in Gospel music, which she sang in her church choir. With the help of Clive Davis, she became famous for songs like "Saving All My Love For You."  Her influence on modern music is unquestionable, as evidenced by her work with Mariah Carey on the tune "When You Believe."

We love celebrating the initiation of Black Music Month, arts, and iconic musicians of Miami at Calle Ocho News. Subscribe to our news publication for more on the latest news, events, and much more happening in Miami. 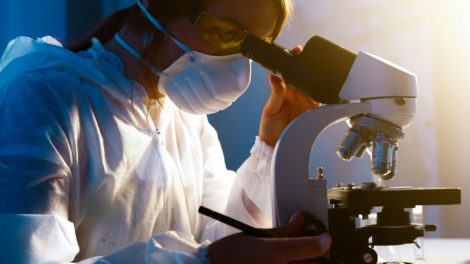 Iconic Moments for Women in STEM in 2021

As we look back at the past year or so, it’s incredibly important to acknowledge the achievements of these iconic women in STEM. 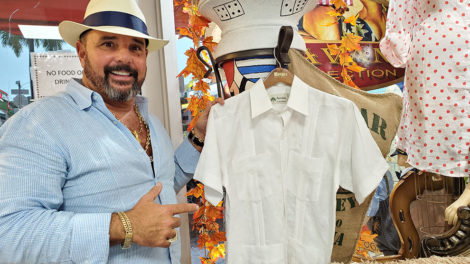 A History of the Guayabera Shirt You Likely Never Heard About

Called "the suit of the Tropics," the jacket-like shirt shows up at formal occasions such as weddings, funerals, and civic ceremonies, but it also... 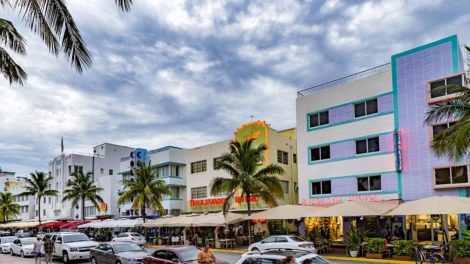 The History Buff’s Guide to Miami

If you’re a history buff visiting Miami, you’ll be surprised at how much the city has to offer! Check out this quick guide. 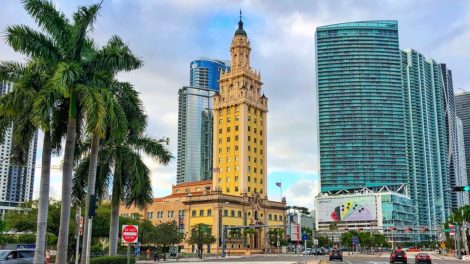 Historic Miami Places Everyone Must See!

Miami is often thought of as a modern city: full of young blood and artistic buildings, beaches and tourists. But it also has a rich history.