Jaden Rashada, the top quarterback, broke the news of shifting his commitment to Florida on his social media account

Contents
Jaden Rashada’s flip
What does this mean for the Florida Gators?

Last Thursday, 2023 quarterback, Jaden Rashada, took everyone by surprise by announcing his commitment to the Florida Gators on his social media account. This comes as a shock to the Miami Hurricanes and many others.

Here’s all you need to know about this matter.

Four-star quarterback, Jaden Rashada has changed his commitment to the University of  Florida from the University of Miami. Rashada chose the Hurricanes over the summer to cap off intense and exhausting recruitment for The Golden State prep passer, which included over ten flights across the nation visiting schools in June.

Quarterback Jaden Rashada had considered Florida for a long time and even paid for two visits between May and June. However, a last-minute tour to Coral Gables caused Rashada to put off the commitment date and eventually choose Miami in June.

Now, as the Miami Hurricanes (4-5) and the Florida Gators (5-4) have been on opposite ends throughout this season, Jaden Rashada has left people in shock with his commitment flip.

What does this mean for the Florida Gators?

According to SI99, four-star quarterback Jaden Rashada ranks number 7 in the class of 2023 and number 3 quarterback. Based on Sports Illustrated's composite rankings from daily skills competitions, he finished as the number  11 quarterback at the 2022 Elite 11 Finals.

After the Florida Gators have had several recruiting losses to Miami in the past 10 months, Jaden Rashada’s flip represents a significant victory for the Gators. In short, with Rashada on their side, the Gators’ talent has amplified.

Subscribe to Calle Ocho News to stay updated on this news. Our news publication covers the latest news and events from Miami. 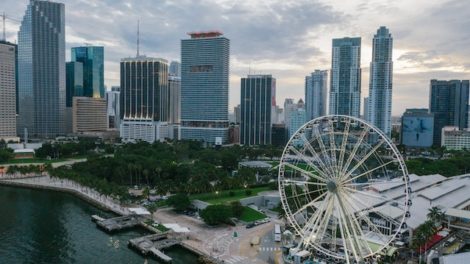