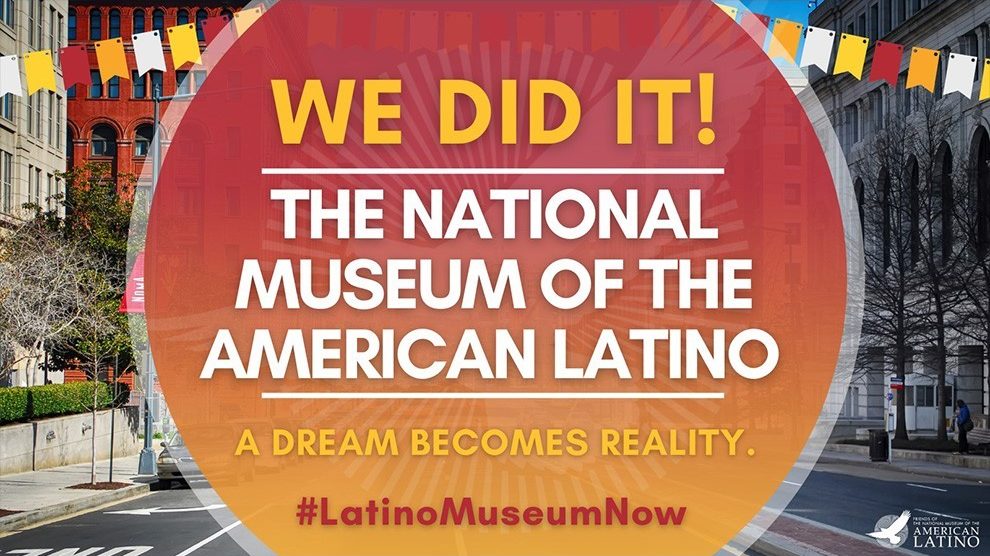 New Jersey Sen. Bob Menendez labels this a “historic moment” as Congress approved a bill to create a Latino museum. The museum is called the National Museum of the American Latino. The museum’s creation is a part of a $900 billion COVID-19 relief spending bill. The bill will bring financial relief to many people in the public sector. Menendez was a co-sponsor of the legislation, along with Texas Sen. John Cornyn.

Utah Sen. Mike Lee blocked a voice vote to decide on the creation of the Latino museum and a women’s history museum. As a result, Congress added The National Museum of the American Latino Act to the COVID-19 relief bill.

According to a co-sponsor of the bill, Rep. Tony Cárdenas, a Board of Trustees will steer the creation of the museum. The bill also authorizes a 50 percent federal match to privately raised dollars. This money is for design and construction costs.

The bill discourages the portrayal of one singular political ideology in any museum exhibits. Instead, the museum will reflect the diversity of the Latino experience.

The creation of this museum has been in the works for decades, according to New York Senate Minority Leader Chuck Schumer.

"Today's passage of the Latino Museum Act is a long-overdue victory for all Americans, one that my friend and fellow New Yorker Congressman José Serrano began fighting for over 20 years ago," said Schumer.

Serrano has served in Congress since 1990. Last year, he announced that he had Parkinson’s disease. Because of his illness, he made the decision to not run for re-election. This legislation is a tribute to his service.

“Latinos have contributed significantly to the success of the United States while overcoming systemic discrimination," said Rep. Joaquin Castro, the chair of the Congressional Hispanic Caucus.

"Now, our stories will have a new home with a Latino Museum on the National Mall."

Learn more about the National Museum of the American Latino Act.