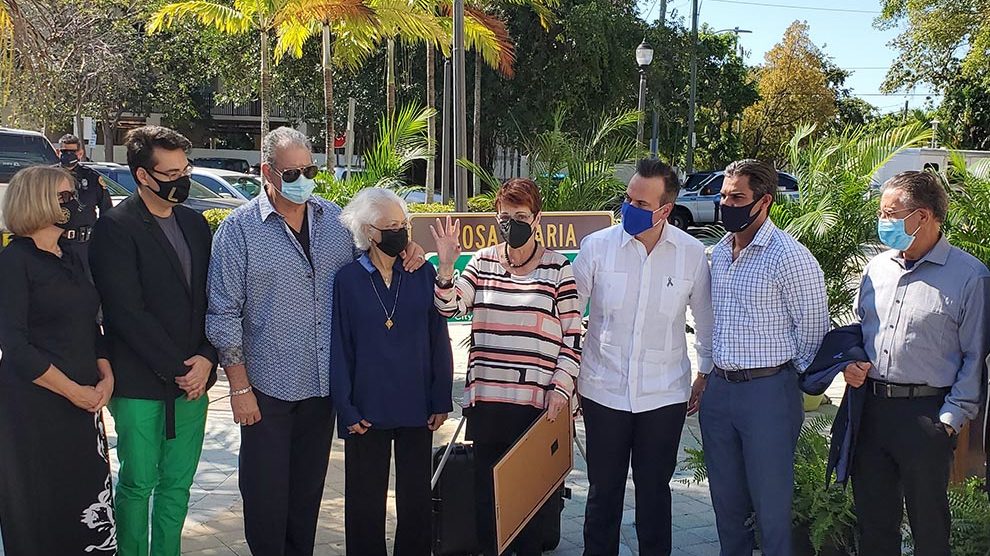 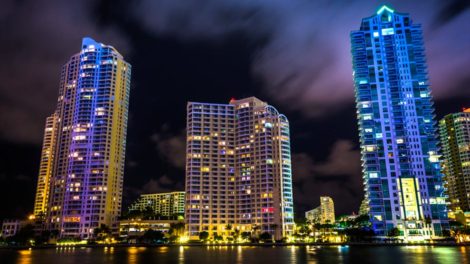 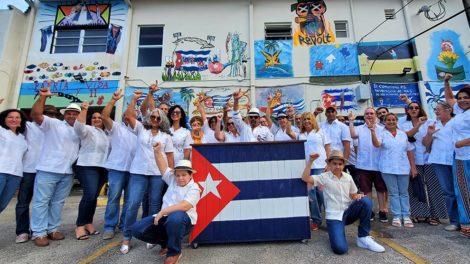 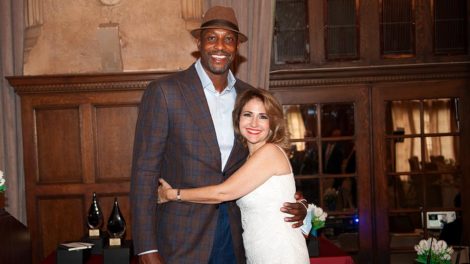 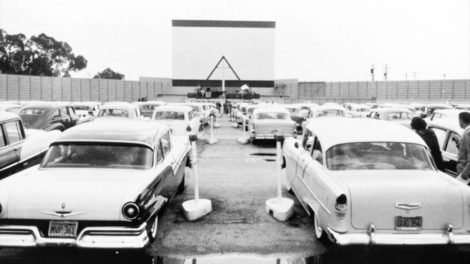 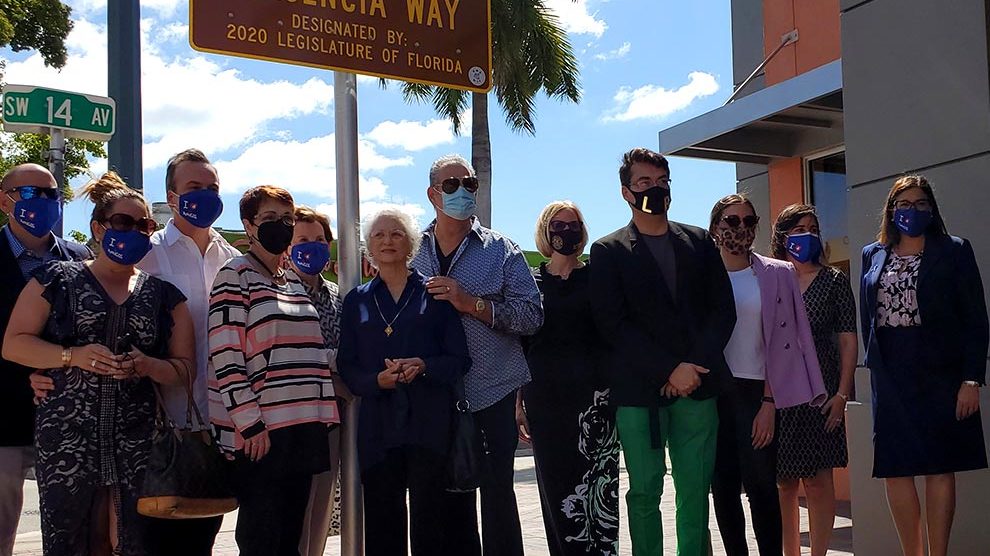 On April 9, 2021, District 5 Commissioner Eileen Higgins, County Mayor Daniella Levine Cava, Commissioner Rebecca Sosa, City of Miami Mayor Francis Suarez, Jorge Plasencia of Republica Havas, William Talbert of the GMCVB, and Nicole Valls of Versailles to name a few joined Amigos for Kids in the ceremony that dedicated SW 8th Street from 12th to 14th avenue to the beloved Rosa Maria Plasencia. The street was named Rosa Maria Plasencia Way as a commemoration of the incredible work she has done for the community.

The event took place at 9:45 am at Domino Park Plaza, 801 SW 15th Avenue, Miami, FL. It was an event that brought the community together to remember the legacy of a remarkable woman.

Rosa Maria Plasencia was the President and CEO of Amigos for Kids, a non-profit organization that works to end child abuse and neglect in Miami-Dade County.  Under Rosa Maria’s leadership, Amigos for Kids reached over 2,500 students through their child abuse awareness education program. This great accomplishment led to earning the Children’s Trust recognition as the program of the year.

“I am truly honored to dedicate a special place in the heart of Little Havana to the memory of Rosa, a leader and community champion who worked day and night to improve the lives of children across District 5 and the County,” said Commissioner Higgins. “Rosa Maria Plasencia Way will serve as a beautiful tribute to her life and will be a reminder of her impactful work with Amigos for Kids, helping and protecting the most vulnerable of children.”

Plasencia dedicated her life to protect the lives of children and improve the lives of all Miami-Dade residents. She served as the Chair of the Eleventh Circuit Task Force for the State of Florida Child Abuse Prevention and Permanency Plan and was inducted into the Miami-Dade College Hall of Fame in 2017.

In October 2018, Rosa Maria Plasencia passed away unexpectedly at the young age of 59. The community lost a tremendous leader and fighter for justice. Her legacy lives on with the many lives she touched, and this street which will be an inspiration to the entire community.

Find out more about Amigos for Kids, keep up with Commissioner Eileen Higgins, and regularly visit the Commission’s website.

We use cookies on our website to give you the most relevant experience by remembering your preferences and repeat visits. By clicking “Accept”, you consent to the use of ALL the cookies.
Do not sell my personal information.
Cookie Settings
Manage consent

This website uses cookies to improve your experience while you navigate through the website. Out of these, the cookies that are categorized as necessary are stored on your browser as they are essential for the working of basic functionalities of the website. We also use third-party cookies that help us analyze and understand how you use this website. These cookies will be stored in your browser only with your consent. You also have the option to opt-out of these cookies. But opting out of some of these cookies may affect your browsing experience.
GUARDAR Y ACEPTAR